It keeps getting worse for Pooh Shiesty.

He's in a Florida jail without bail for a strip club shooting, the second major gun crime he's facing in the state.  And now the Feds are looking at him for witness tampering.

This is all material for rap troll Tekash 6i9ine, who mocked Pooh's mentor Gucci Mane for his man's troubles in response to DJ Akademik's post about Pooh's latest setback. 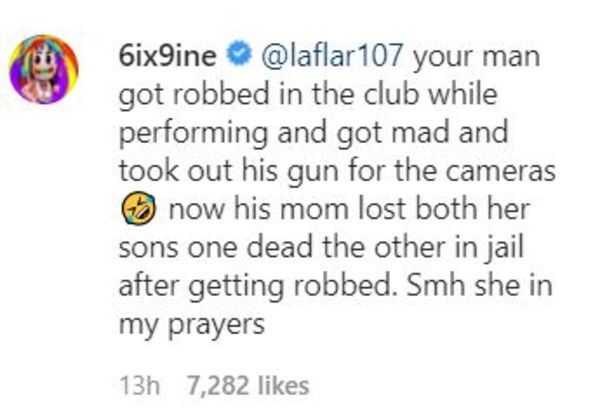 "@laflar107 your man got robbed in the club while performing and got mad and took out his gun for the cameras," 6ix9ine wrote,e. "Now his mom lost both her sons one dead the other in jail after getting robbed. Smh she in my prayers."