Meek Mill's new track "Other Side Of America" debuted 64th on the charts.

That's not good.  Especially when "TROLLZ", from his rival Tekashi 6ix9ine and his ex Nicki Minaj, is all over the top of the charts. 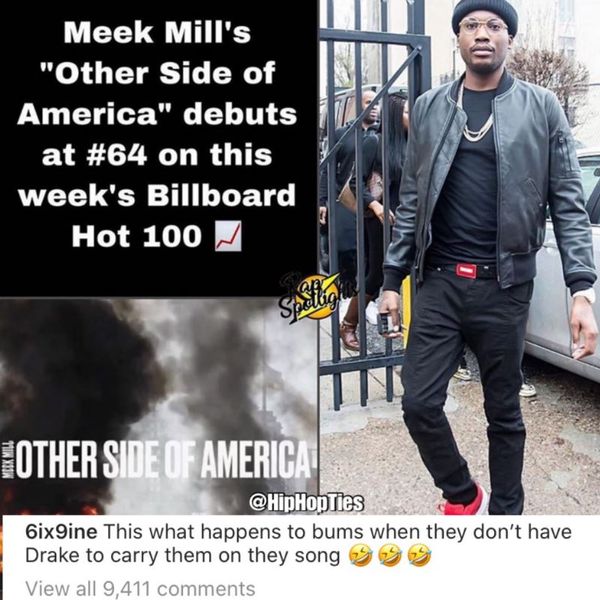 Meek responded by questioning part of a very popular saying.

When 6ix9ine caught wind of Meek's number questioning, he made sure to assign a big number to Meek.

"64 speaks," 6ix9ine typed in the comments of an Akademiks post about Meek, branding him with his Billboard position.