At first, it seemed like everything at Tekashi 6ix9ine's show Friday night at Tier Nightclub in Orlando was a win.

The troll rapper packed the 1200 seat venue and there was a line around the block.

However, things went left once he jumped into the crowd about 20 minutes into the set.

Folks started snatching at his chain, and it fell to the floor.  Security scooped it up. But that was enough for 6ix9ine, who ended the show.

According to 6ix9ine's attorney Lance Lazzaro, Tekashi didn't lose any bling and viewed the show as a great success.

As for the risk the notorious snitch was taking by mixing it up with the crowd ...

Concert goers say 6ix9ine kept repeating that he was "untouchable." 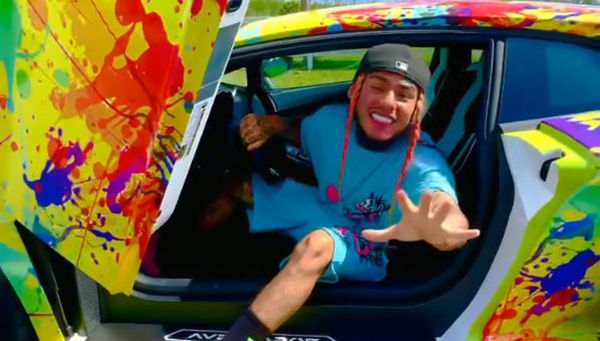 Tekashi 6ix9ine Names His Most Disrespectful Rapper a day ago / News