Star government witness Tekashi 6ix9ine is expected to take the stand today in the trial of Nine Treys Aljermiah "Nuke" Mack and Anthony "Harv" Ellison, who are both accused of the "inside job" kidnapping and robbery of 6ix9ine last summer.

Yesterday, Ellison's lawyer Devereaux Cannick argued his client couldn't have kidnapped and robbed 6ix9ine because the whole incident was a setup to help promote 6ix9ine's FEFE video with Nicki Minaj, which was about to drop.

"This was a hoax," said Cannick in court yesterday. "It’s a Jussie Smollett, if you will."

Smollett, of course, fantastically claimed he was attacked by MAGA hat-wearing Trump supporters in minus 30 degrees downtown Chicago during a 2 AM Subway sandwich run. He was eventually arrested for filing a false police report.

What's worse, being called a rat or a Smollett? 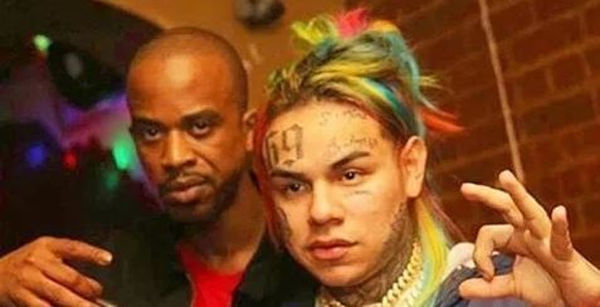