Teka$hi 6ix9ine Won't Let Up On Gunna For Snitching

The Gunna "snitch" story threatens to overwhelm the rollout for his album Wunna and Tekashi 6ix9ine is more than happy to make that happen.

In 2010, a pre-fame Gunna appeared on a CNN segment in which he claimed his cousin was falsely convicted of murder and fingered the real killer.

While Gunna says he wasn't snitching because the case was already settled and he had no part in it, folks like Freddie Gibbs disagree.

6ix9ine, who has already referenced Gunna snitching, took another jab at the Atlanta rapper when Tekashi's boy DJ Akademiks posted a video of Gunna doing donuts with his ride. 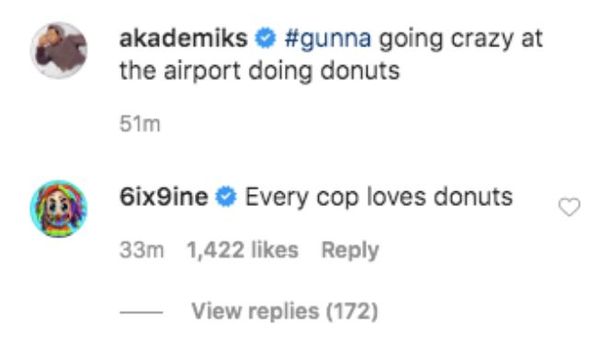