Tay-K is in a lot of trouble.

He's facing two completely separate capital murder trials. In the first, two of his co-defendants have flipped. In the second, he's accused of being the triggerman.

On top of that, earlier this month "The Race" rapper was charged with possession of a prohibited substance and/or item. Sources say it was a phone.

That's a felony.  But we guess it's not a very big deal when you have two capital murder charges hanging over you.

So maybe that's why Tay-K doesn't mind if he picks up another prohibited item felony. Here he is using a phone to post this photo on his Instagram and Twitter. 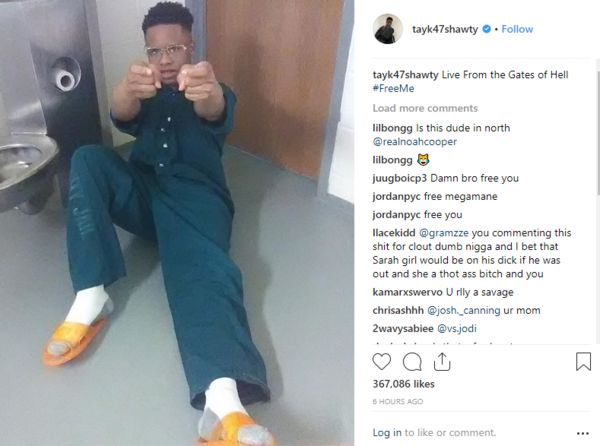 Live From the Gates of Hell #FreeMe pic.twitter.com/JVnOm0foI4

We guess that's a trigger finger for each murder charge.