Tay-K's accomplice in the murder/robbery of Ethan Walker has pled guilty to murder.

Sean Robinson will get a 40-year sentence and will be eligible for parole in 18 years.

Two women originally charged in the murder, Ariana Bharrat and Megan Holt, had already flipped and got 25 years on lesser charges. Lathan Merritt, the triggerman in Walker’s shooting, was convicted of capital murder in July and will serve life without the chance of parole.

Tay-K and Jalen Bell will also go to trial on capital murder charges if they don't reach their own deals.

Even if Tay-K is able to get the deal they gave to Robinson he is still facing much of his life in prison. He's been charged as the triggerman in a completely separate murder -- which he committed while on the run from the authorities -- and if he's convicted of that they probably won't let him serve the sentences concurrently.

Perhaps that why "The Race" rapper is acting like he gives no fucks:

Live From the Gates of Hell #FreeMe pic.twitter.com/JVnOm0foI4 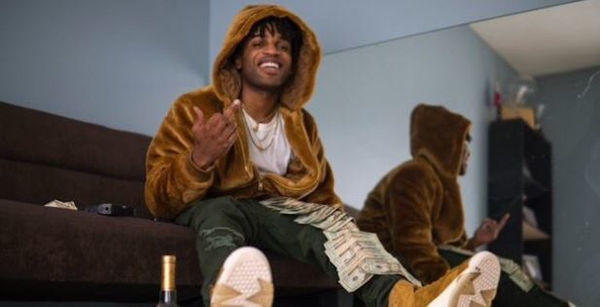