Now she's suggested that Iggy Azalea is getting with Tory Lanez and Iggy isn't happy with the suggestion.

Iggy Azalea with a few words for Tasha K.👀✨ pic.twitter.com/IepC01KMxc

"Leaving the baby at home to go and chill with Black men who are accused of shooting Black women," Tasha said of Iggy. " Less competition for her.  I truly say competition because she spent a great deal of money to look like this.  This is not natural.  You can't argue with me ... I'm sure she's probably getting the vouchers for child care.  So she can go out on day dates with Tory.  Because she can't go out at night because she can't afford child care."

“Tasha watch your mouth & definitely keep my sons name out of it,” she tweeted. “I certainly DO have that good lawyer money, don’t get sued AGAIN, you have rent to pay baby.”

While we have no idea if Tory and Iggy are an item, it is clear that Tory has recently tasted Iggy's cooking.

Well well well! Tory Lanez stepped into TSR and let it be known he had a plate of Iggy Azalea’s oxtail and rice & peas and had NO complaints! 👀 (📸: @gettyimages) pic.twitter.com/t8ycgrRdnW 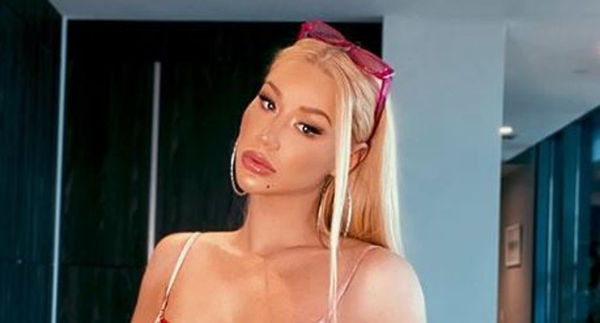