T-Pain Says He's Teaming With Lil Wayne For Another Album

T-Pain's been all over the place the last couple of days. He drew the ire of much of Hip Hop by defending Tekashi 6ix9ine's rat turn and followed that up by winning The Masked Singer.

Oh, and he dropped an album 1UP last night.

"We’re definitely about to do a T-Wayne two, no question. I got a ton of hooks lined up already that I’m about to send Wayne and that’s just how we do it,” he said on Ebro's Beats 1 show.

He also spoke on the original T-Wayne album -- which he put out for free under his name for free to avoid Weezy's Cash Money complications.

“And I was willing to take whatever’s gonna come at me for that, and I was like, ‘Bro, here’s some more Wayne music. Take it, man’ Whatever’s gonna come out of it, I’ll do that. But that whole thing he was going through with the Carter V and all the Cash Money, I was just like, man, this man doesn’t deserve that. I was willing to take whatever I was gonna get for that. That was my contribution to the music industry,” said Pain.

Jump to the eight-minute mark to hear Pain speak on Wayne. 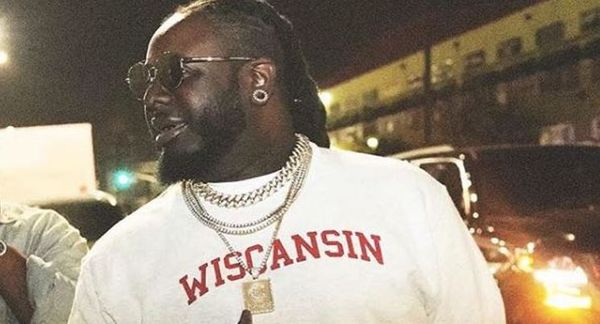