Summer Walker responded to a video of her boyfriend London On Da Track choking her.

The clip surfaced over the weekend, and many said it made them feel uncomfortable.

"It's supposed to be sexy, it hurts," London said to Walker in the video, as he had his hand around her throat.

In her response, the Over It singer said she and London were just fooling around, and he would never harm her. 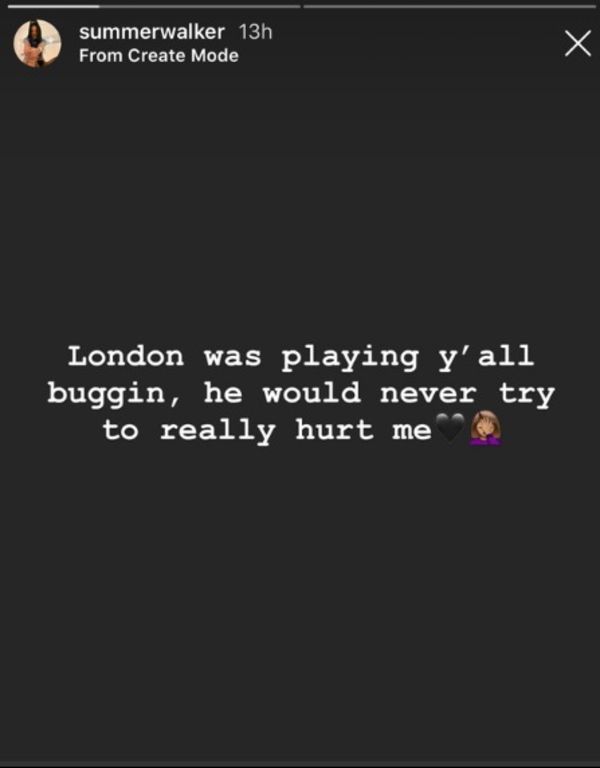 "London was playin y'all buggin, he would never try to really hurt me," she wrote.

What do you think about Summer's response and the choke video?

Jay-Z Explains Why His 'In My Lifetime, Vol. 1' Album 'Haunts Him' a day ago / News News