Summer Walker Hates Showers; May Also Have Issues With Brushing Her Teeth

Singer Summer Walker described herself as an "alpha female" during a lovers' spat with her boyfriend London On Da Track. 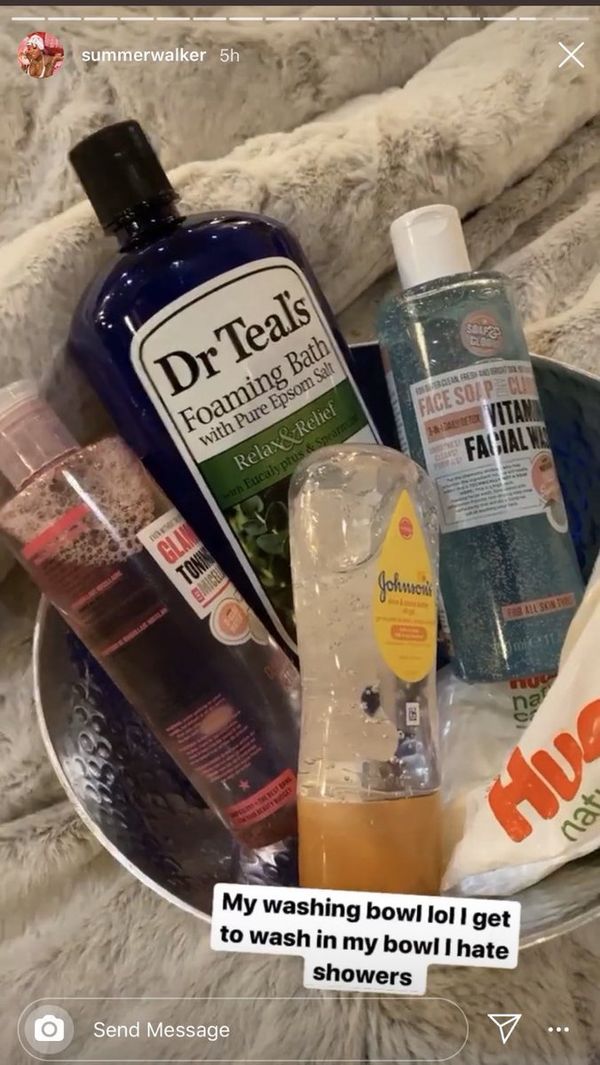 "My washing bowl lol I get to wash in my bowl I hate showers," she captioned a photo of a small bowl and the soaps she puts in the bowl to keep herself clean.

This video of Walker and London suggests she may also have something against brushing her teeth.

Nigga said he finna get Colgate on the track pic.twitter.com/4m2zNMvZrJ

Despite her questionable hygiene, Walker has caught the eye of Drake and her debut album Over it (which may be about showering) had the largest streaming debut week of all-time for an R&B album by a female artist.

Oop! #SummerWalker has a word for all the folks talking about her hygiene habits after she posted a photo of her washing bowl 👀👀