If you're a Stan and you jumped on Twitter today, you got a scare as "ripeminem" has been trending. 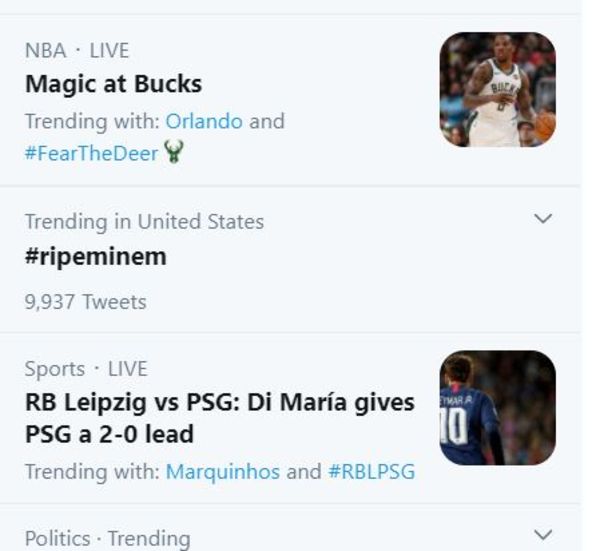 But the hashtag seems to have nothing to do with Eminem's issues with Machine Gun Kelly, Nick Cannon, Lord Jamar or a life of excess ending a life early.

It all appears to be some kind of a joke in which the K-Pop Twitter mob declares a celebrity dead and then posts other photos of celebrities that look sorta like him.

Omg i just heard the news 💔#ripeminem fly high angel you will be missed 💔💔 pic.twitter.com/37WtOqdF1T

Me checking twitter to make sure Eminem is okay #ripeminem pic.twitter.com/Mr9geL7TT1

BRUH I THOUGHT EMINEM ACTUALLY DIED CAUSE IT’S 2020 AND ANYTHING CAN HAPPEN BUT IT’S JUST YALL PLAYING TOO MUCH AGAIN
#ripeminem pic.twitter.com/NzUrhGFA5c

How I looked when Twitter made me think Eminem died.

So the Stans can breathe a sigh of relief.  Eminem is not dead.