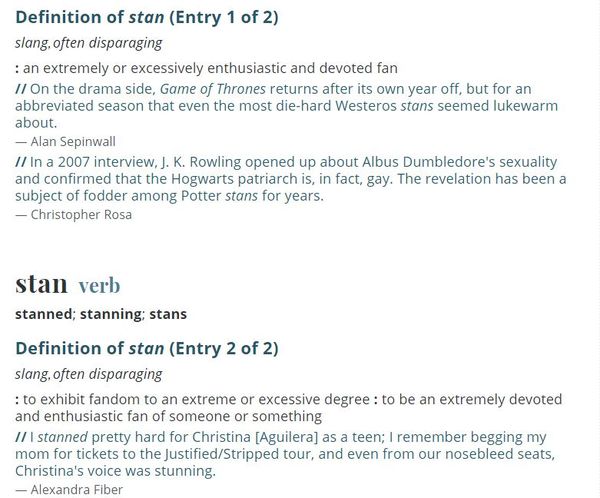 Webster is the second dictionary to make such a move, following the Oxford English Dictionary in 2017.

'Stan' has been added as both a noun and a verb. https://t.co/Dal0N79sAU pic.twitter.com/q1kBkKR1rn