After a couple of minutes away, Soulja Boy's always fexin' Big Drako character is back.

In his latest stunt, he said he's the reason rappers wear BAPE.

Tory Lanez objected, saying he got his BAPE swag from Lil Wayne, in particular the music video for Weezy's "Hustler Muzik."

SB did not appreciate Tory's input and insulted the Canadian and his notorious hairline.  (He also had some smoke for Juelz Santana and his missing teeth.)

Before things got too out of hand, apparently there was a phone call.

Just got off the phone wit @torylanez y’all chill we good on gang. Misunderstanding.

Tory and Soulja have both been accused of doing really violent things to women.  What do you think they would have done to each other? 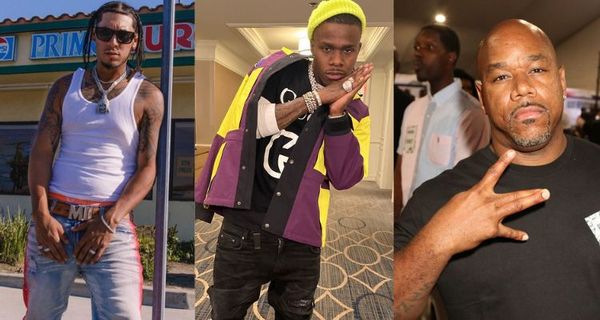