Snoop Dogg is getting some serious blowback from his comments about Gayle King, who he called "funky dog head bitch".

Snoop is angry the CBS This Morning personality brought up the rape allegation against Kobe Bryant in her interview with Lisa Leslie. 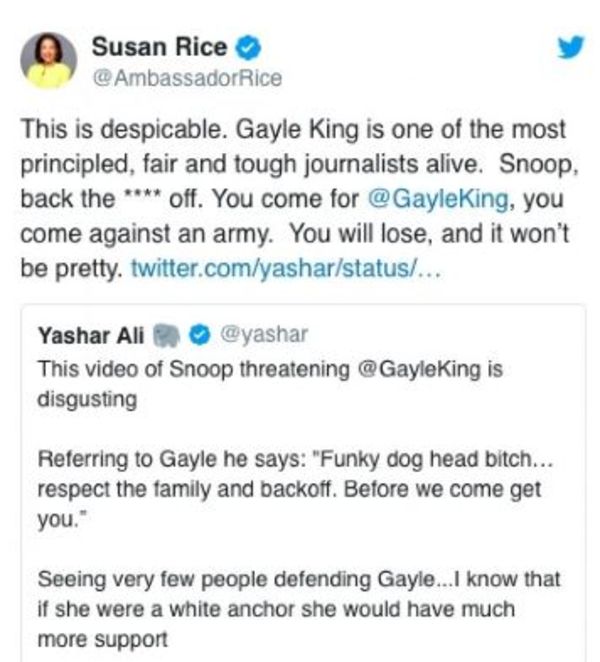 #SnoopDogg had to clarify his message to #GayleKing 💪


“I'm a non-violent person. When I said what I said, I spoke for the people who felt like Gayle was very disrespectful towards Kobe Bryant and his family. Now with that being said, What I look like wanting some harm to come to a 70-year-old woman? I was raised way better than that. I didn't want no harm to come to her and I didn't threaten her. All I did was say, 'listen, you're outta pocket and we're watching you.'"

Bhad Bhabie Has Threatened To Kill Skai Jackson; Moms Get Involved a day ago / Beef Beef