When Tekashi 6ix9ine and the Nine Trey Bloods appeared in court earlier this week, the Feds made it clear they had a confidential informant feeding them information about the set's moves.

That lead to all sorts of jokes about 6ix9ine's best media buddy DJ Akademiks being the snitch. Then those jokes became very real today when The Source reported that 6ix9ine's former manager Shotti's lawyer had fingered Ak as the rat.

Shotti’s lawyer claims that federal agents pressed Tekashi’s fair weather friend so hard, that he chose to flip on the Brooklyn rapper rather than take the federal obstruction of justice charge, which carries a minimum of five years in federal prison. Akademiks’ IG account was/is being used as evidence by the feds, while the feds believe that his relationship with 6ix9ine can get them information that only Tr3Way members would know. It is also alleged that Akademiks is the one who convinced Tek to fire his entire team, including Shotti and the rest of Tr3Way.

Now Shotti's lawyer Scott Leemon is pushing back on The Source's reporting.

"I never made any public statement relating to this matter. Any statement attributed to me is false. I have not given anyone an interview about this case," Leemon told TMZ.

Ak has also vehemently denied being the informant.

"All these charges are a shock to me and do not involve me. I have never been questioned or much less cooperated in this. I am just a news reporter," Ak said. 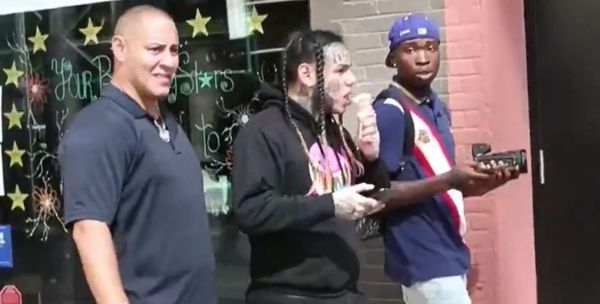