Kanye West alienated many of his fellow black folks by meeting with President Trump in the Oval Office yesterday.

T.I. called him "Sambo", after hearing his barely coherent ramblings from the White House, and Diddy removed him from Black Excellence. 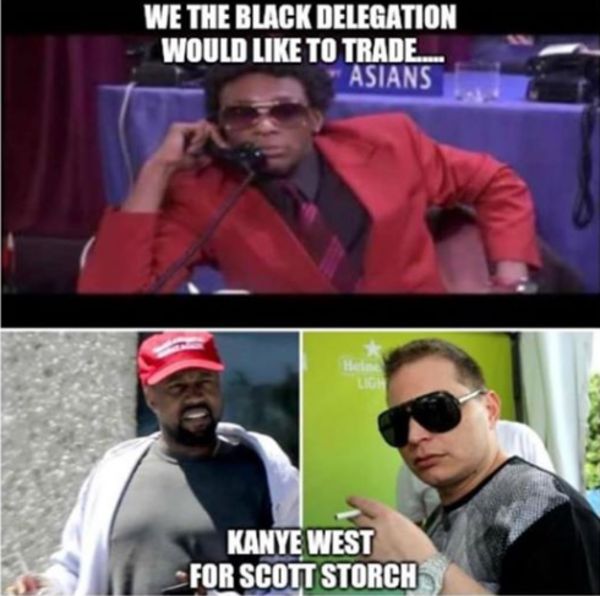 Scott Storch reacted to the melanin switch on Instagram.

I couldn’t help but repost 😂😂! Who made this 🤔 Politician on the Keys 🎹 and I got mad love for Kanye but this some funny shit

But does this mean the Black Delegation now has to pay Scorch's many debts?