Quavo and Takeoff of the Migos were in Houston last Halloween weekend to attend a party thrown by Jas Prince, the son of Houston rap boss J. Prince.

Unfortunately, Takeoff was shot and killed at another venue during an event being hosted by J. Prince's other son, J. Prince Jr.

Neither J. Prince nor J. Prince Jr. has commented on the murder, but Jas weighed in.

That wasn't enough for Sauce Walka.

Walka, a Houston native who was very close with the Migos, took a jab a the Princes in a post remembering his friend.

In the post, he stated that Takeoff should have been there with him, suggesting he could have protected him better.

Jas Prince didn't the like the implication that Sauce and his crew could have protected Takeoff better, or even worse, that they were involved.

He hit the comments immediately and asked for clarification.

Sauce doubled down with an "I said it already, my number don't change". 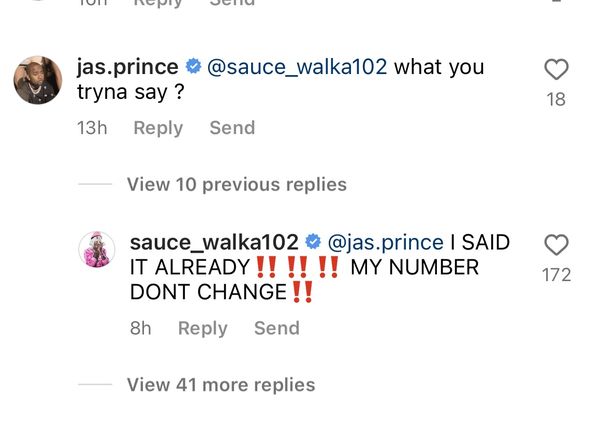