Snoop Dogg caused a stir when he didn't put Eminem in his top ten GOATS and some of the fuss spilled onto Royce da 5'9".

Snoop has already softened his exclusion of Shady by posting an IG photo of the two and releasing his top ten list, which only includes older rappers than Em. 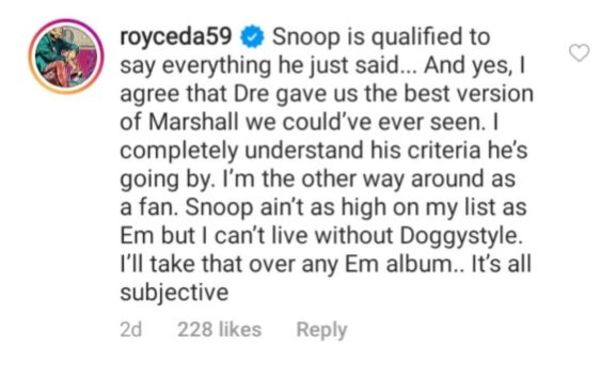 Royce posted some of the debates he had with Shady superfans over remarks.

He typed this after being accused of dissing Eminem "a bit." 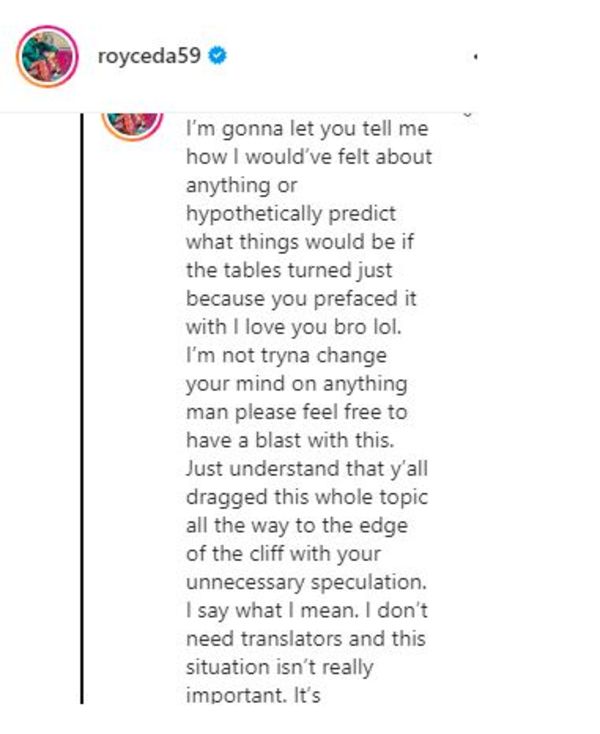