Rick Ross tried to wife a stripper. But his engagement to Lira Galore didn't take.

Don't cry for the Bawse: He's still having a good time.

At his 40th birthday last night at his Atlanta mansion, his ex-girlfriend Shateria and his current chick Court were both wearing exactly the same Balmain dress.

Suggesting Ross has them on some type of sister wife arrangement.

#RickRoss created quite the stir tonight at his 40th bday party. He had his old boo #Shateria and his rumored new boo #Court arrive in the same #Balmain dress! What would you do ladies??

Apparently, there's also a third gal, @sk_rawberry, in Ross's stable. She IG responded to those wondering where her Balmain dress was: 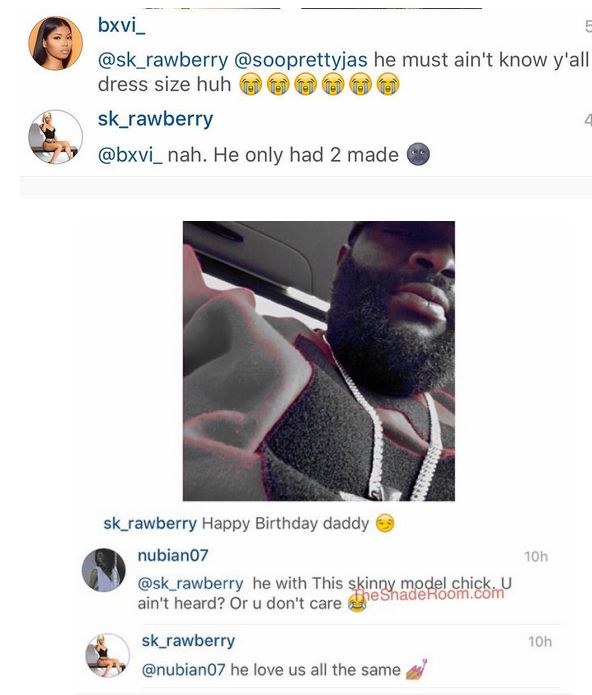 So long as he doesn't try to stick a ring on any of them ...