Rick Ross and 50 Cent have been beefing for years, but now Rozay is coming for other members of G-Unit.

Things intensified yesterday when Fif lost his last appeal in his $2 million lawsuits against Ross for using "In Da Club" on his Renzel Remixes mixtape.

Rozay says he would let 50 use his track "BMF" for his new Black Mafia Family series if 50 promoted his projects, and he also has an offer for Lloyd Banks.

On his IG Story, Rozay was smoking a joint, and listening to "I'm So Fly," and brought up Banks while tagging 50 Cent.

"Banks is fresh out the gutter, Two scoops of butter. Banks, you still got some money? Show us what you livin' like. If you ain't got no money, I'll give you five grand for the Banks name. That might be one of my aliases, Dank Sinatra."

On top of offering $5,000 for Banks' name, Rozay says he has the perfect title for Banks' next LP or EP.

"I came up with a dope title for Lloyd Banks next LP. Or EP, Victim Of Circumstance"

Rick Ross wants to know how Lloyd Banks is living In 2020 pic.twitter.com/WTpZ87pNwn 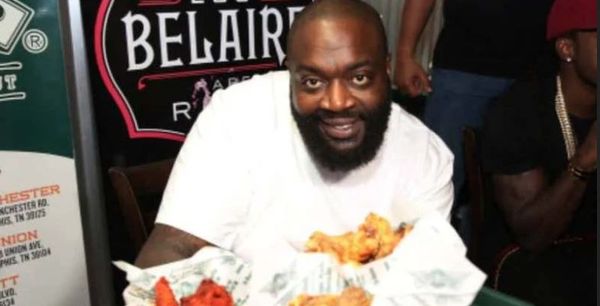