Rick Ross Mocks Subway For Not having Tuna In Their Tuna

The New York Times tried to get to the bottom of whether or not Subway's tuna includes tuna.

So they bought 60 tuna subs from different Subways and sent the purported fish to three different labs.

While none of the lab tests could confirm tuna, it's quite possible Subway's tuna is just so processed the DNA is no longer there to identify. 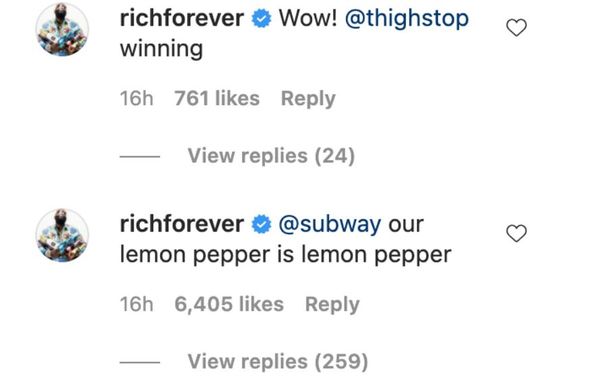