Rich The Kid Posts Strange Message After Blasting His Label

A few days after he called out his label 300 Entertainment, Rich The Kid posted a cryptic message that's gotten a lot of attention. 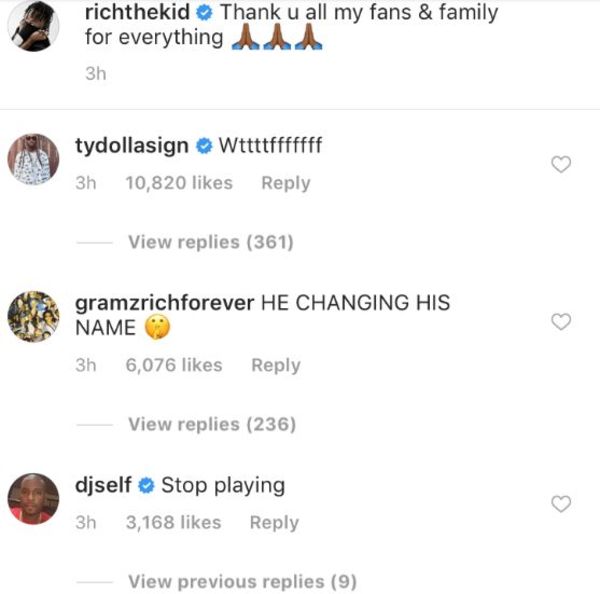 Meanwhile, there's no further information on Rich and Tori Brixx being robbed and beaten in their Los Angeles apartment a couple of months ago. Right away, people thought Brixx was in on it, which the rapper first denied but then later seemed to confirm. (Although they still seem to be together.)

T.I. is Now Calling Out JAY-Z a week ago / News News