Rich The Kid is really on his game right now.

After assisting Lil Xan along with Yo Gotti on a new remix that just dropped earlier today, and dropping a very entertaining video for his "Plug Walk" single, he strikes right back again with another tune. This time he has Trippie Redd with him.

The fourteen-track debut album, "The World Is Yours" has actually had a track listing update and will be in our grips on March 30th. (See below). 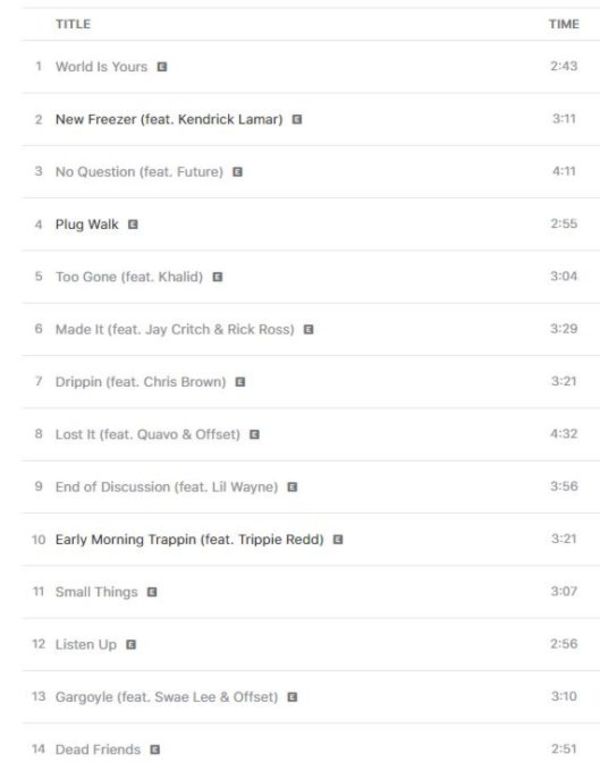