So it's appropriate that Reginae has responded to Black's provocations -- which include telling Wayne to eat his ass -- for the family. 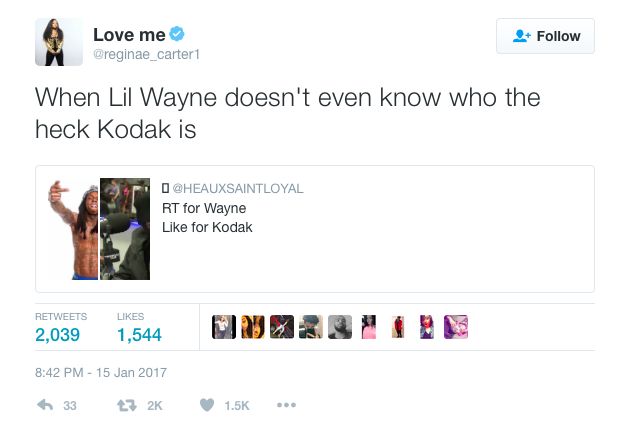 Carter's comments should hit Black where it hurts.

The 19-year old conceded in a recent Breakfast Club appearance  that he was salty with Wayne because the Young Money boss had said in an interview last year that he had no idea who Black, 21 Savage, Lil Yachty or Lil Uzi Vert were.

Reginae has defended her dad against attacks from Young Thug and T.I. in the past.