On the latest episode of Keeping Up With The Kardashians Kim confessed that she was rolling on E when Ray J turned on the camera and made the whole Kardashian Jenner clan famous.

According to Kim, that's why her lips were quivering during the notorious sex tape

Now "sources" tell TMZ,  that Kim was lying about taking ecstasy before she took it from Ray J, and that "her lip was quivering because she was getting fucked." The sources add that Ray J was offended that KK would suggest he filmed her in an altered state and that she was down with making a video from the beginning. (We think the "sources" TMZ spoke to are probably Ray J.)

But Kim's sticking to her story, with her "sources" telling TMZ that she did pop pills before getting popped and she has no reason to lie about it now. 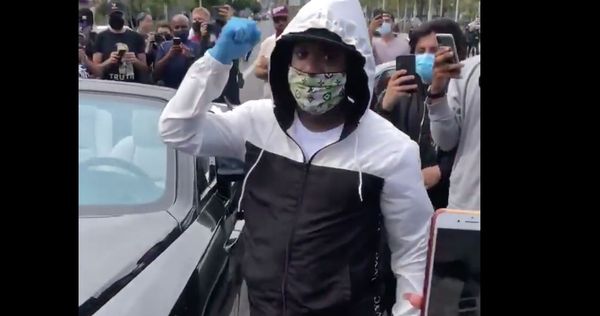 Ray J Pulled Up To Support Protestors In L.A. 5 days ago / News News