R. Kelly Had Sex With 15 Year Old Aaliyah In Front Of His Entourage

R. Kelly and Aaliyah were secretly married in 1994. She was 15 at the time, but falsified documents listed her as 18.

In the upcoming documentary series Surviving R. Kelly, Jovante Cunningham, one of Kells' background singers, said there was nothing secret about what the-then 27-year old Kelly did to the-then 15-year-old Aaliyah on their tour bus.

"We were out on the road with Aaliyah," says Cunningham. "On a tour bus, there really aren’t many confined spaces. When you get on the bus there are bunks and so these bunks have little curtains you can pull at night if you don’t want anybody to see you sleeping. So it just so happened we were all laying in our bunks and the curtains are open, everybody’s communicating, laughing. When the door flew open on the bus. Robert was having sex with Aaliyah."

Aaliyah's parents had her secret marriage to Kelly annulled in 1995. She would die in a plane crash six years later. Kelly has been dogged by very credible allegations of grooming and having sexual relations with underage girls since his time with Aaliyah. 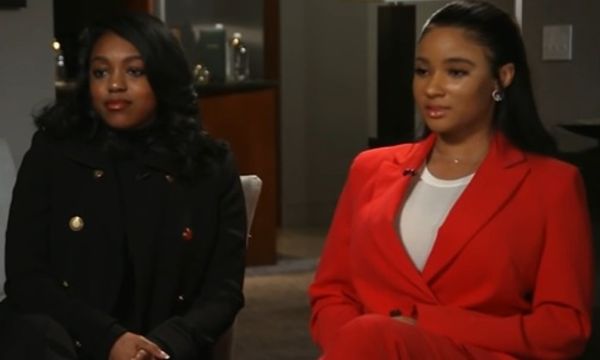