Pusha T Has Smoke For Drake On Pop Smoke's 'Paranoia'

Pusha T is featured along with Young Thug and Gunna on Pop Smoke's new track Paranoia.  In his bars, Push has smoke for his old buddy Drake.

The cut was initially left off Smoke's posthumous album Shoot For The Stars, Aim For The Moon.  Pop's manager Steven Victor explained that they are trying to get it back on ASAP. 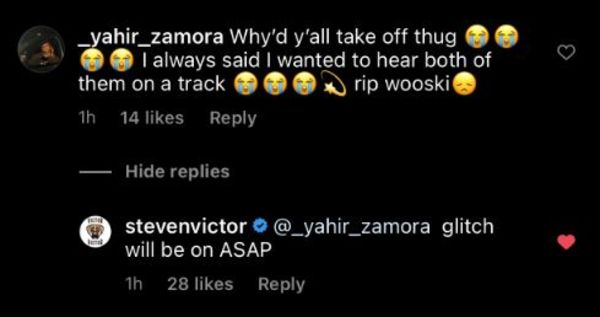 In Push's bars, he reminds Drake that their beef isn't over.

"You know reality bites
It's chess not checkers
Those empty threats only sound good on your records
If the patois is not followed by blocka
It's like marked for death Screwface, without the choppa
Let 'em rush the stage when you made like Sinatra
Only to find the blade, flyin' back through LaGuardia
I might even buy a home out in Mississauga
On my walls, half scrawls of Tshabalala's
Many doors, that are sprawled, they my il nana's
Make a call, she gon' crawl, Bad Gyal Patra
I'm involved then absolved, I am Godfather, hush," Push raps.

Mississauga is right next to Toronto, for anyone who doesn't think he's talking about the patois-spitting Drake.

Is Push vs. Drake still a thing that should be happening?