We all know professional wrestling is fake.

But it can still be dangerous.

Especially if one of the wrestlers takes it too far or goes completely rogue.

One of those two things happened at a World Class Pro Wrestling event in Irving, Texas on Saturday when Devon Nicholson who wrestles as  "Hannibal" or "Blood Hunter, stabbed the ref in the head with an iron spike multiple times.

I’m not about “Cancel Culture”, but promotions need to STOP booking “Hannibal”, AKA “Blood Hunter”. There’s been numerous accusations of sexual harassment & several incidents of him legit injuring people. He’s a reckless liability that’s all about himself & getting YouTube views. pic.twitter.com/AfB2hc5LiF

Luckily, the ref, Lando Deltoro, will be OK.  But he's not looking so good after stitches. 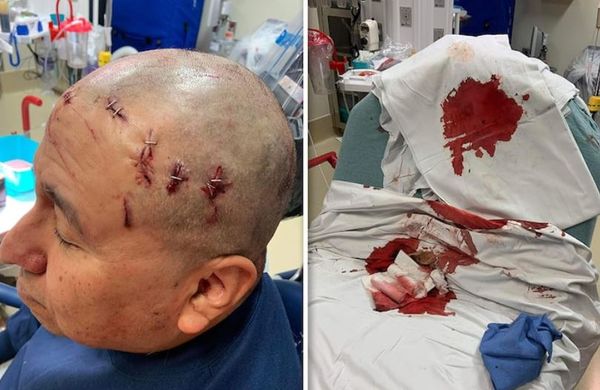 "World Class moving forward will not be associated with Devon Nicholson," World Class Wrelsting Owner Jerry Bostic said. "I cannot and will not condone what happened last night."

Report: Kevin Durant Planning to Retire If Not traded 18 hours ago / Sports Sports