If you predicted it would be Post, not Taylor, with the runaway number one album of the year, you would have understood 2019 better than most people.

According to Hits Daily Double, Hollywood's Bleeding has accumulated 2.6 million SPS so far this year, with 312K from traditional sales. That's four million more SPS than second-place Billie Eilish who's When We All Fall Asleep, Where Do We Go had a five-month head start.

Third is Ariana Grande's Thank U, Next (a February release) followed by Swift, then Khalid's Free Spirit (April) and Post's 2018 release Beerbongs & Bentleys at sixth.

You can check out the top 25 and all their numbers below. 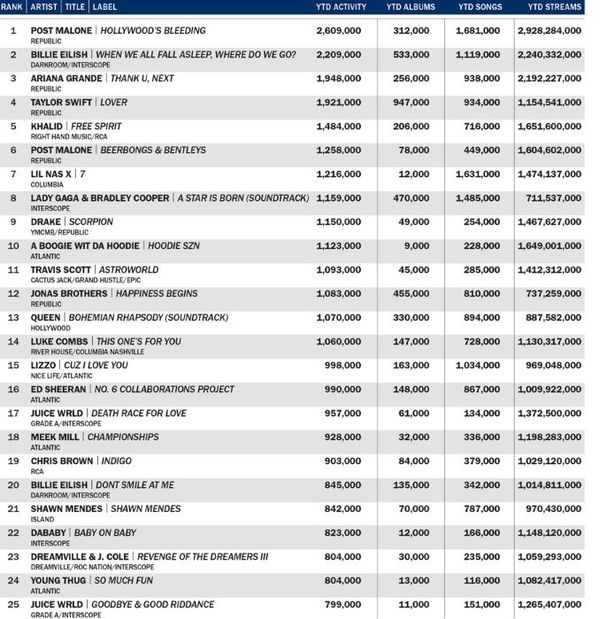 Are you surprised by Post Malone's dominance or anything else on the chart?