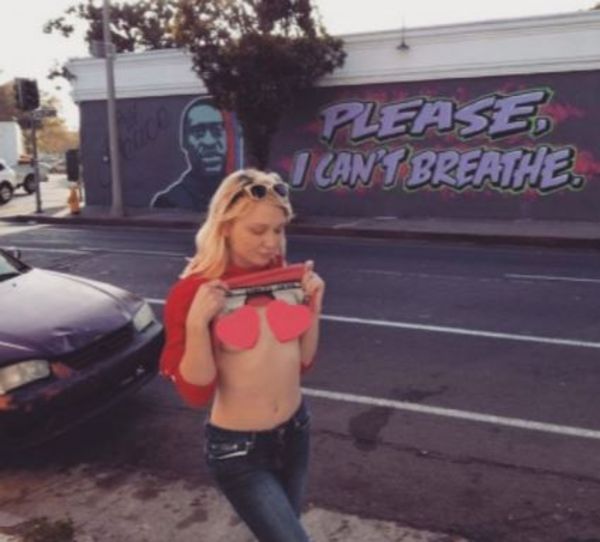 Skye was found by her husband in their Los Angeles motorhome on Wednesday.

She had suffered from alcohol and fentanyl addiction and had come from an abusive home.

Skye, who acted in over 300 adult films and was nominated for Best New Starlet at the 2015 AVNs, had responded to all of the online hate she got for her George Floyd stunt by saying she had taken off her shirt to celebrate cops getting held accountable for abusing their authority.