Pooh Shiesty May Be Going Away For a Long time

Pooh Shiesty's nascent career may be about to be put on pause.

The 1017 spitter was charged with aggravated battery yesterday after a Miami incident last week in which he fired his gun toward the ground in a dispute over money that had fallen out of his pocket, striking an Ace Of Diamonds security guard in the ankle.

According to lawyer and Hip Hop commentator Moe Gangat, Pooh is facing a 20 year mandatory minimum on the charge.

To make matters worse, Pooh is facing the same judge he has on his other gun case.  Last year, Pooh was arrested for armed robbery with a firearm, aggravated battery with a deadly weapon doing great bodily harm, aggravated assault with a firearm, and theft after a wild incident in Bar Harbor, Florida that included Pooh firing off shots and then escaping in a Maybach.

Pooh is currently on bail for that case.  We'll see if he makes bail in his latest incident later today. 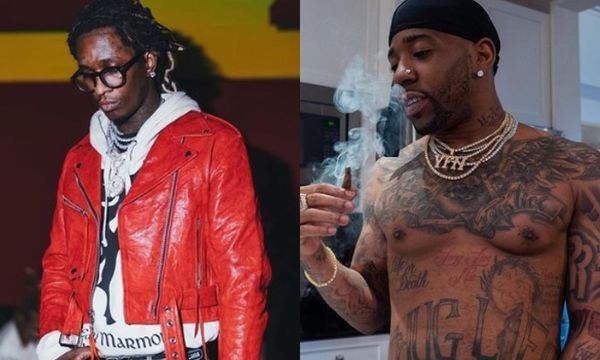