Pete Rock Gets At The New Generation For Their Fashion Choices

Pete Rock had something to say about the younger generation's fashion choices.

The legendary producer recently posted a photo of a guy wearing a patent leather coat with tight patent leather pants. The pants have holes on the side of the leg and based on the fit, they could be considered leggings. 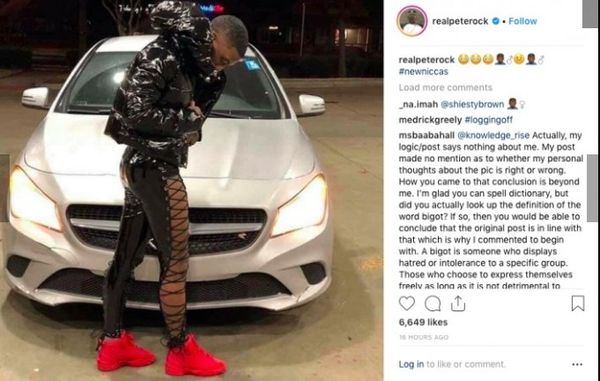 Pete added a few shocked face emojis with the post and a caption.

This isn't the first time Pete has gotten at the younger ones. He got into it with Waka Flocka in 2017 over rap's generation gap and argued with fellow New York producer Digga over the term "Old head." Pete also went in on Lil Yachty over mumble rap and did the same with Young Dolph over coke rap.

What do you think about what Pete said about the younger generation's fashion choices?