Mac Miller wasn't the only rapper to wreck his car last night.

According to TMZ, Offset crashed his Dodge Challenger late Wednesday in Atlanta and was hospitalized with minor injuries.

He was released from the hospital this morning and is recovering at home with Cardi B by his side.

Since nobody called the police, it's assumed it was a one-car accident.

While Offset is going to be fine, his car not so much: 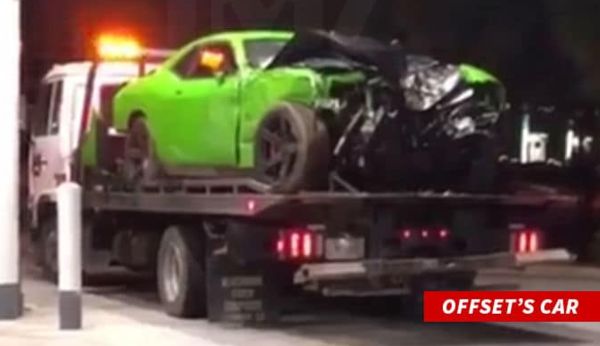