Another one of Nipsey Hussle's artists is defending the late rapper and entrepreneur.

Whereas Killa Twan came for Wack 100 and Blueface for disrespecting Nip, BH (Hoggy) is calling out The Game for tying himself too tightly to Nipsey.

On the No Jumper podcast BH objected to the constant Internet tributes Game continues to post to Nip and Game's use of the word "prolific," which Nipsey had famously tattooed to his face.

“Nip respected Game for taking him on his first tour,” he said. “That’s cool and all Game, but all this clout. Like, you posting the homie every day? Don’t you got dead homies? Go post them. You posting the homie? I don’t even want to see this.”

“You know who got this sh*t cracking,” BH said “So prolific anything …. that’s like us trying to say ‘Documentary Records’ or some crazy, weird sh*t like that. No, we not gonna do that.”

The Game -- who also constantly drops the name of living rappers -- dropped his Born II Rap album, which has a Nipsey feature, last night.  It will be interesting to see how well it does and if folks attribute The Game's lengthy hug of Nipsey to its success if it is successful.

I know, it’s #MarathonMonday & you’re looking for someone to tell you it’s going to be alright. Someone to pacify your situation, furthermore crippling/enabling you from taking the necessary steps to bettering your current struggle. Not here, not today. Life only works like that in movies. But we’re not living in a movie.... look around. All the pieces that surround us are moving. Some forward.... some backwards & others in the same place. People that don’t know if they’re coming or going & people that have taken the time to lay the foundation & get moving in the direction of their dreams TODAY. It isn’t going to be easy. Who ever told you it was is a liar. Nothing is easy... especially not the things you want out of life. Those things take focus, patience, hard work & dedication to bring into fruition. You have to comprehend that no ONE human is above you & that we are all afforded the same 24 hours as the next man/woman. Stop making excuses for yourself. Stop looking/waiting for handouts or thinking someone is going to do it for you. They’re NOT. God gave YOU life today. YOU have to look at YOU in the mirror. YOU have to get the wheels turning for YOU. Others come into play & can either have a negative or positive impact on your day & it’s YOU that has to weather that storm. See, everything in life is about perception. The way YOU see things. YOU can feel like, “my life is too hard & I can’t figure this out”.... or you can look at your situation as another step on the ladder to you securing your future & prepare yourself for the climb. Stop coming to this app for validation. You should already have the confidence & self endurance needed to empower yourself before you even open this up & allow it to control your daily outcome. It’s just an app. My followers are 11.3 million real people that would hit the button on your page if you gave them a reason to. & even if not one of them did....... you’d still be exactly like me, HUMAN. Let’s live to inspire today. First ourselves...... & then those we come into contact with, whether on social media or in real life. Today we will be a reflection of GREATNESS. Tomorrow, a reflection of today. #TMC 🏁

Floyd Mayweather Goes All The Way in On T.I. [Clifford]'s Persona 4 days ago / Beef News 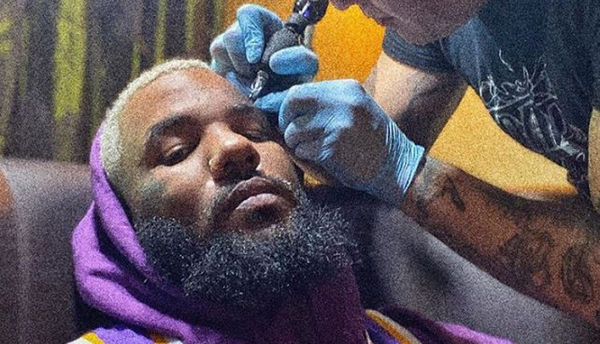 Did Boosie Badazz Take A Shot At Webbie On "I Remember?" 3 days ago / Beef