Nicki Minaj: I Was Asked By Atlantic (& Cardi) to Drop Cardi B Name Drop On Motorsports

STOP THE PRESS. DJ Akademiks just playing Nicki’s ORIGINAL Motorsport verse & SHE ORIGINALLY SHOUTED CARDI OUT before she felt like Cardi was taking shots at her. WOW pic.twitter.com/BcVc4gw6Ui

I'm with a couple bad bitches that'll rip the party
If Cardi the QB, I'm Nick Lombardi
Pull up in the space coupe, I done linked with Marty
I can actually afford to get a pink Bugatti

In the final cut, Nicki switched Cardi B to Quavo (who was a big-time high school QB) in the Nick Lombardi line.

She addressed why she did in a new Tweet directed right at Cardi B, explaining that Cardi and Atlantic told her to remove Cardi's name.

How can you say someone changed their verse & forget to say Quavo TOLD me to remove my singing part (which I loved) & Atlantic told me to remove your name from my verse per your request? So how were those changes gonna happen if I didn’t “change” my verse? 😩🤣 #NickiDay #ChunLi


In the past, Cardi has said that Nicki changed her verse on her own.

What do you make of all of this?

Cardi admitted Nicki verse was changed she just didn’t say why it was or the internal pressures that caused it. Omitting information isn’t exactly lying but could be seen as being deceptive if we think about how it sounded without mentioning the whole story. 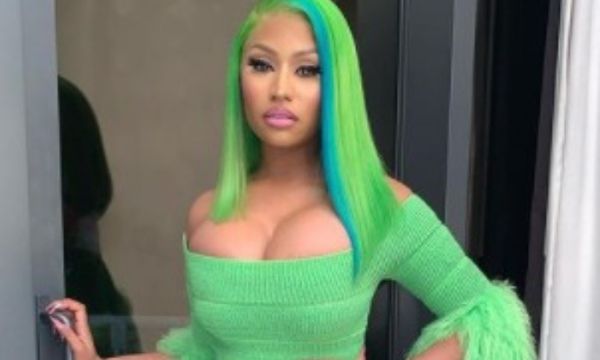 Faizon Love Reiterates Dave East Is a 'Fake Crip', Says He Should Be Worried About Bloods 3 days ago / Beef News