Nicki Minaj and DJ Self are having it out on social media.

It started because Self said Cardi B's album was better than Nicki's new Queen LP. TheYoung Money rhymer claimed Self only said that because she refused to give him a drop.

"Should I tell the people what you told me about her?" wrote Nicki. "You would want me to spread that rumor. You're bitter and it shows. Suck dick and go get that crumby VH1 check. Tomorrow you can repeat that to some real ones. You niggas been real hype lately."


"He's mad cuz I refused to give him a drop or a hug," she added. "He was just up there dissin' the bitch thinking that would make me fuck with him. Jokes on you once again dummy. Passed up on ya meal ticket, now you get crumbs from her table. Ur a reality TV hoe. Used to be a respected DJ."


Self then shot back.

"I never asked for a hug or a drop," he wrote. "Truth is I said hi she said hi back. Never knew she had an issue with me. [We] only speak when she has a project dropping, so by that, I know what my relation is with her. Clue asked her to do a drop for DJ Self, and she declined which I wasn't in the room. Why would she not? I have no clue. 'Cause I'm friends with Safaree or Dreamdoll?

But Nicki said Self was lying, and she'd address it on Thursday during her Queens Radio show.


Meanwhile, the rapper's new Queens album is expected to move 135-150k SPS with 45-55k in traditional sales, which will be the lowest opening of her career.

Who do you believe in this beef Nicki or Self? 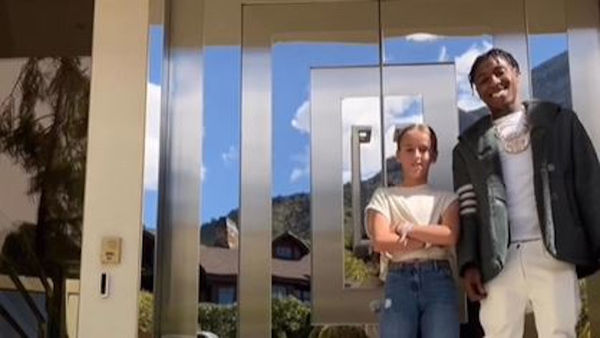