Nick Young Hits D'Angelo Russell With A Tweet And Delete

Los Angeles Lakers fans let D'Angelo Russell know what they thought of him last night when he was introduced.

The boos continued when Russell -- who recorded a conversation in which his teammate Nick Young admitted to cheating on his fiancee Iggy Azalea --took his first shot, and when he went to the free throw line for the first time. There were also yells of "traitor" and "snitch" from the crowd.

During a press conference last night Young was a little more forgiving, saying he planned to work things out with Russell.

However, he was singing a different tune today in Tweets that he quickly deleted. 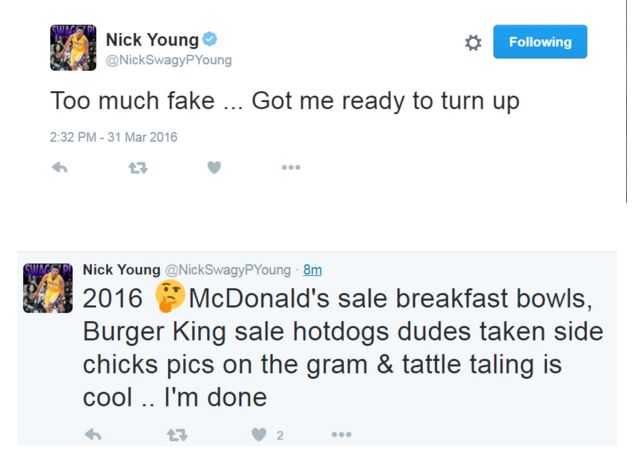 Do you think his snitching will affect Russell's NBA career going forward?

On that note, Matt Barnes took a pretty good shot.

Folks got the game so ass backwards these days you don't know who to trust!

Forbes: Jake Paul Is The Highest Paid Boxer In The World 5 days ago / Sports