Gee Money had insulted YoungBoy's sister on wax, which led to tension between Gee and YoungBoy's crew.

In 2021, Pap was charged with second-degree murder.

“In the days prior to Burton [Gee Money's] death, both Burton and Gaulden [NBA YoungBoy] made several social media posts about one another, which further exacerbated tensions between the two rival rap music groups,” read the warrant for Pap's arrest. “When Burton was killed, members of the NBA group were immediately developed as suspects due to the ongoing rap music feud.”

This week, he accepted a plea deal in which he will get five years in prison.

NBA Lil Pap has been sentenced to 5 years in prison for killing Gee Money after accepting a plea deal. pic.twitter.com/pnoZkaaLRI

While Lil Pap had denied shooting Gee, he admitted that if somebody in YoungBoy's crew were to have been the shooter it would have been him. 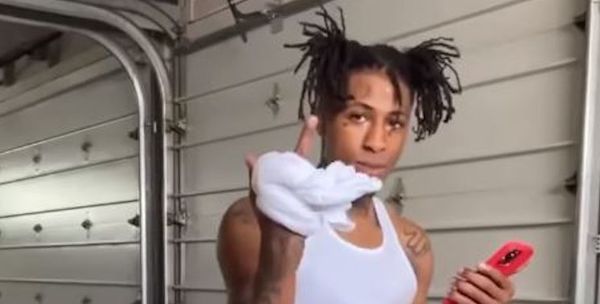