Megan Thee Stallion made it clear that she doesn't like anyone joking about how she got shot twice in the foot, allegedly by Tory Lanez.

Draya, who was once tight with Meg, made a joke in the form of a prediction.

In going after Draya for making such joke, she seemed to confirm that Lanez was in fact the triggerman. 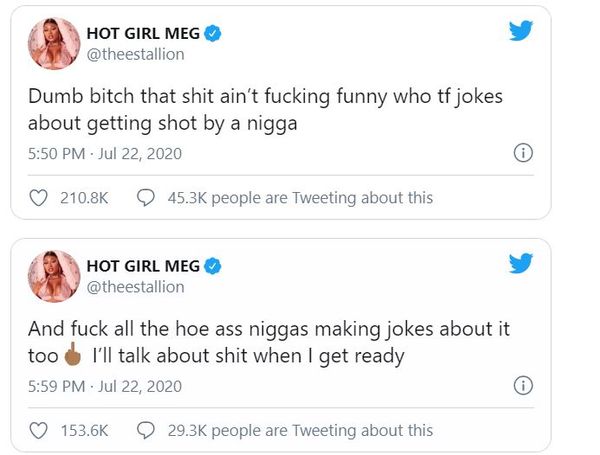 “Dumb bitch that shit ain’t f*cking funny,” she tweeted. “Who tf jokes about getting shot by a nigga. And f*ck all the hoe ass n*ggas making jokes about it too. I’ll talk about sh*t when I get ready," Meg typed.

Draya then admitted it was foul to make such a joke.

#TSRClearTheAir: #Draya stepped into #TheShadeRoom to say she shouldn’t have joked about #MeganTheeStallion and #ToryLanez’s situation Via @wineandweedpodcast