Kodak Black isn't the only rapper pissed about what went down at the BET Awards.

Yak was angry that they gave Latto best song over him, attributing the decision to her being a woman. 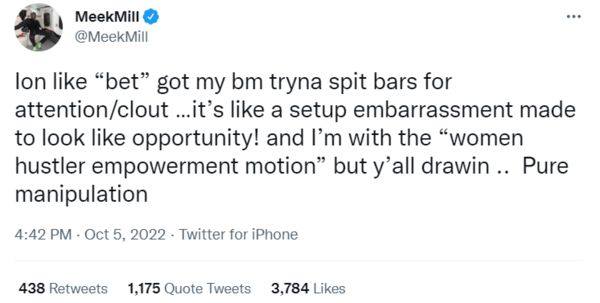 "Ion like “bet” got my bm tryna spit bars for attention/clout …it’s like a setup embarrassment made to look like opportunity! and I’m with the “women hustler empowerment motion” but y’all drawin ..  Pure manipulation," he typed.

Here's Milano doing her thing for the cable TV audience.

Was she that bad?