Florida Senator Marco Rubio tried to calm a worried nation by getting on Twitter and assuring Americans there will be no martial law, which is the imposition of direct military control of normal civilian functions by a government, especially in response to a temporary emergency such as invasion or major disaster, or in an occupied territory

Unfortunately, he pulled a Donald Trump and spelled it "marshall law." 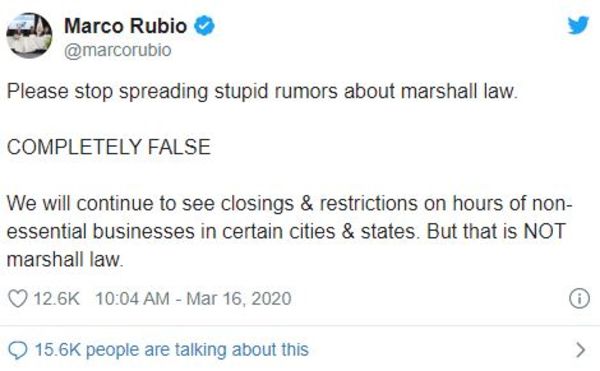 If you think Marshall Law sounds like an Eminem album, you're not alone.

Shady has dropped an album a year for the last three years.  So if we are all still alive in December expect Marshall Law on a streaming service near you.

Update: Eminem says it's not happening: