Machine Gun Kelly Is On A "Binge" For His Newest Project

Unless you're living under a rock or are not a fan of Hip-Hop, then you know that Eminem and Machine Gun Kelly have been trading some serious shots.

As we all woke up on Labor Day, September 3, M.G.K. suddenly became the hottest topic in Hip-Hop by dropping a diss to the O.G., Em; "Rap Devil", a play off of Eminem's "Rap God" record.

Obviously, the reaction around the world was substantial to this response to Eminem's heavy jab-taking, surprise "Kamikaze" album.

As we all waited on the edge of our seats wondering about whether Em would respond back or not, he finally decided to release "Kill Shot" on September 15. This twelve-day delay prompted another response from M.G.K. via Twitter:

While reactions are mixed, of course, the majority is siding with the legend.

It's obvious we're all eager to hear what further words M.G.K. has about this beef, so let's just dive right in below!

Watch the video for track six, "Lately", as well: 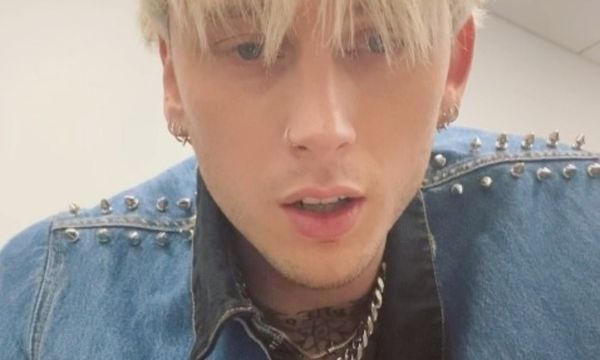