Freddie Gibbs has clowned LL Cool J on at least two occasions this year, and now the rap legend has responded.

The Alfredo rapper's first diss came after LL dropped a freestyle about George Floyd and Black Lives Matter, something that Freddie said was trash. He then joked about LL supposedly wearing makeup on video when talking about the recent Mike Tyson, Roy Jones fight.

LL responded to Freddie on Twitter, Monday, Nov. 30 after he learned of the disses.

"I’m doing everything in my power right now not to go in on homie," wrote LL next to a bunch of laughing emojis.

Freddie then replied and seemed to use a bit of sarcasm? 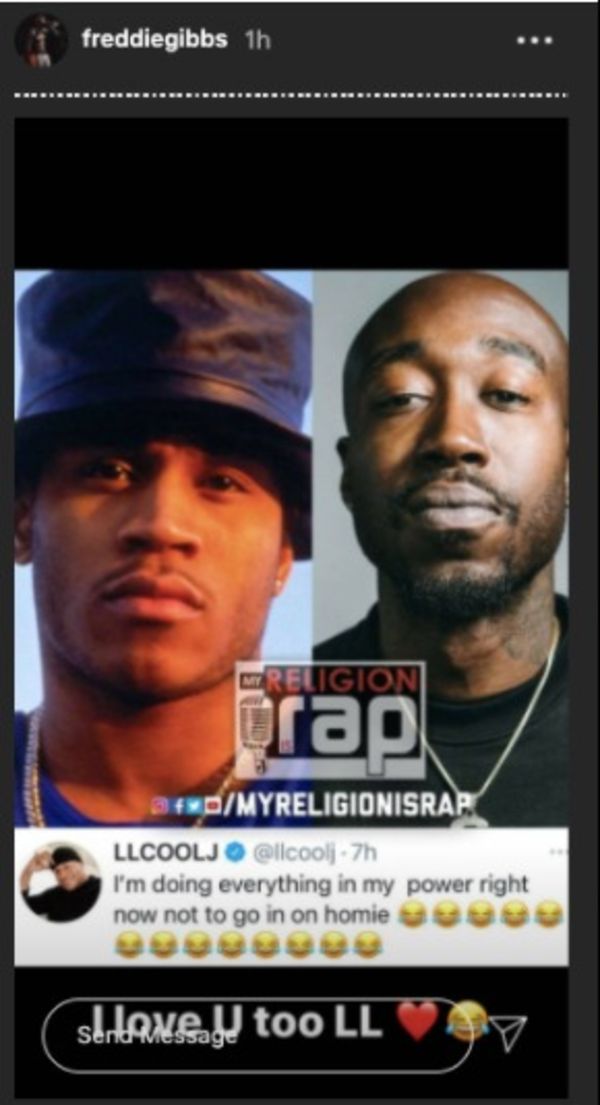 What are your thoughts on this back and forth?