Lil Xan's 2018 comments about 2Pac being "boring" are still haunting him.

The emo rapper was pumping gas last night in LA when a Pac fan confronted him on his dismissive words and called Xan a "bitch."

Then he brandished a gun multiple times as the 2Pac fan filmed.

After the incident, Xan defended his decision to pull out a firearm. 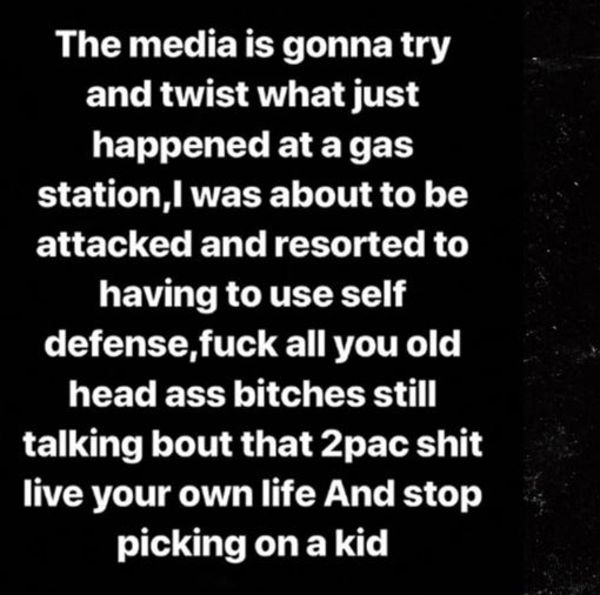 The LAPD is investigating the incident.