Lil Wayne caused quite a stir when he co-signed Donald Trump for President.

Folks like John Legend have ripped the rapper for hopping on the Trump Train.

More importantly, it may have cost him his girl.

Denise Bidot, who Weezy has been lovey-dovey with for months, is no longer following him on IG IG. 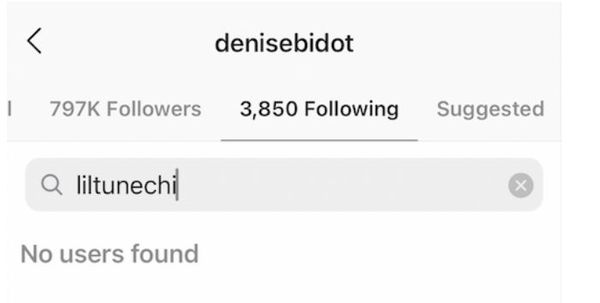 One of Bidot's friends told MTO News that Bidot, who is an outward Biden supporter, ditched Weezy over politics.

"[Bidot] was shocked when she saw Wayne come out with Trump. She's so disappointed in him," the friend said.

The plus-sized model also shared this message on Instagram Story:

Would you ditch your girl (or guy) over politics?

Happy Birthday to the man who managed to steal my heart during a pandemic. These past 5 months have been filled with more love, passion and laughter than i ever thought possible. You’re my best friend, my lover, and way more than a dream come true. Here’s to celebrating you today and every day baby!! I LOVE YOU 🖤🥳🎂

Update: It may have been the other way around, with Wayne dumping Bidot for not supporting Trump.

Looks like Lil Wayne was the one who broke things off of with his boo for not being down with Trump!