Lil Wayne's Daughter Will Not Tolerate Any Kind Of Young Thug

For all the crap Young Thug has tossed Lil Wayne's way over the last month or so, Weezy has been remarkably silent.

Sure, he's snapped back a couple of times. But for the most part he's employed the strategy that you don't feed the troll.

Being 16, Wayne's daughter and My Super Sweet 16 star Regina Carter isn't as prone to holding back, and you might remember she shamed Thug on Twitter when he first announced he was going to name his mixtape Carter 6.

Now she's Twitter checked one of her friends who had the audacity to praise Barter 6 on the same Twitter page she'd previously posted pictures from inside Wayne's house. 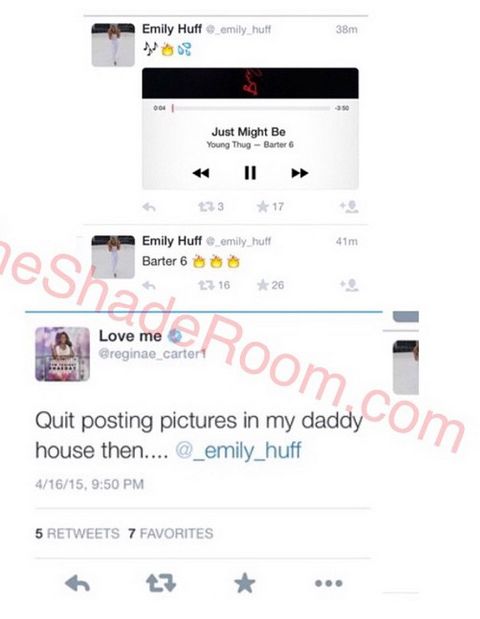