Boosie Badazz upped his level of vitriol directed at Lil Nas X last week, telling the openly gay rapper to kill himself and then double down on that thought.

LNX responded by trolling, as he always does.

LNX's dad was more serious, clapping back at Boosie by informing him the world has passed him by. 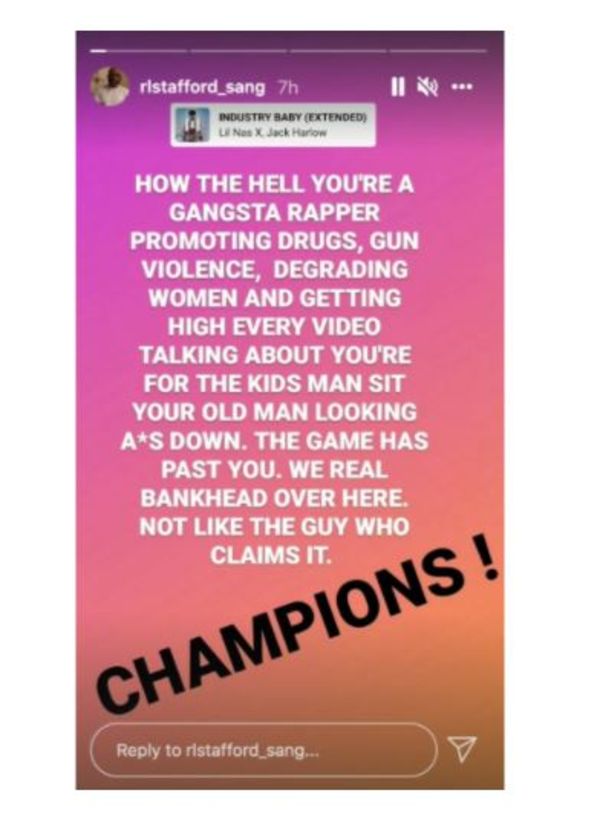 "How the hell you're a gangsta rapper promoting drugs, gun violence, degrading women and getting high every video talking about you're for the kids," typed R.L. Stafford. "Man sit your old man looking ass down. The game has past you. We real Bankhead over here. Not like the guy who claims it."

The last line in Mr. Nas X's note seems to be directed at T.I., who's had LNX's name in his mouth in the past.