There's a post going around social media that claims NBA YoungBoy was found dead in his prison cell. 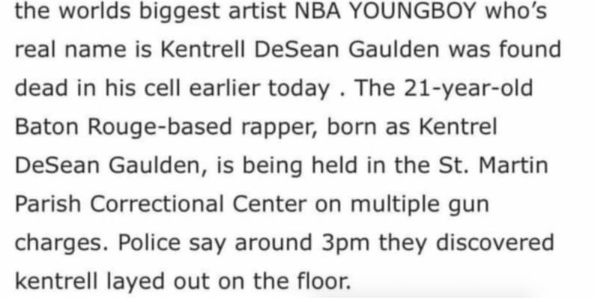 If the "worlds biggest artist" didn't tip you off, this is fake.

But enough people took it seriously that officials at St. Martin Parish had to debunk the rumor to the USA Today in a "fact check" publishes this morning.