Larry Johnson was a pretty awesome NFL running back for a minute.

His latest claim is that the NFL rigged the Super Bowl for Tom Brady's Tampa Bay squad and that Brady and other key members of the Buccaneers are members of the occult. 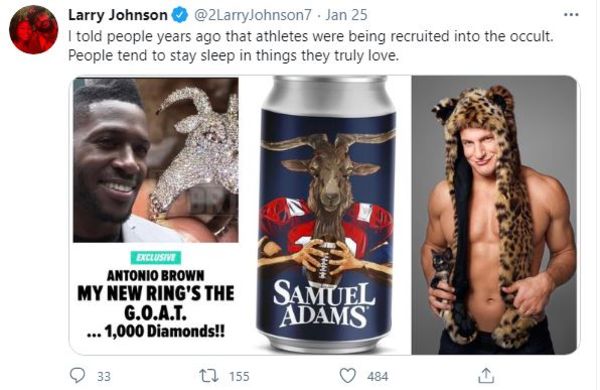 After every game: “This has been a presentation of....” I still get kick out of people not figuring out they’re watching a narrative, not a game. pic.twitter.com/0mlMhCJ0U0

They pick your presidents just as easy as breathing. You think they can’t pick Championship teams during an event that has the highest volume of human trafficking in the same state, twice?

“Satan who is the God of this world..” & “That serpent of old called the Devil and Satan, who deceiveth the WHOLE world...”

People’s answer to that:
“Uh NoT sPoRtS tHO.”

When we last heard from Johnson, he was claiming Megan Thee Stallion had sacrificed her late mom for her fame.